Last January 19th to January 21st was held the 2016 edition of the IBS-NAHB show in Las Vegas, NV. With more than 1,300 manufacturers and suppliers exhibiting, IBS is where new products were launched, the hottest trends were identified and top building professionals made connections.

This show was an important part of the USA market development process for Duchesne as it consisted in an major showcase for the company. By establishing a solid presence at the IBS-NAHB show, Duchesne asserted its position as a North-American leader in manufacturing and distribution of building materials. 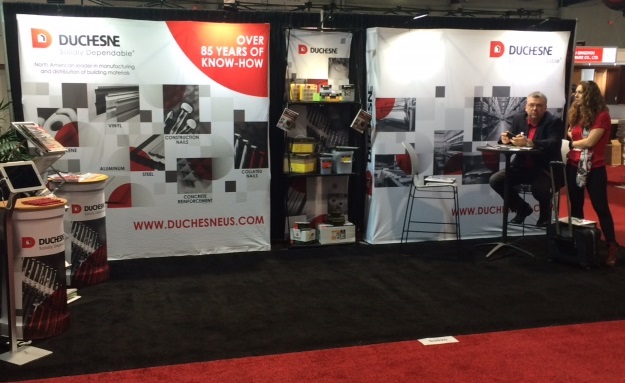